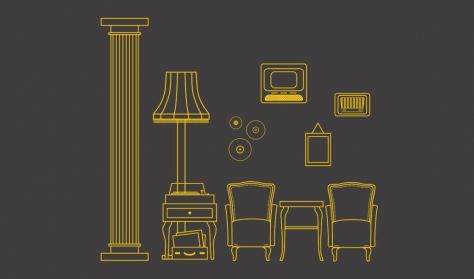 Marta is not interested in superheroes, she looks at the woman who opens her bag on the tram. Eva wonders if today people are also disposable. Marta likes to move in the air, Eva likes to dance on the floor. Marta, nervous and impatient.  több

Marta is not interested in superheroes, she looks at the woman who opens her bag on the tram. Eva wonders if today people are also disposable. Marta likes to move in the air, Eva likes to dance on the floor. Marta, nervous and impatient. Eva, calm and persistent. Marta clear, Eva abstract. One higher, one shorter. One and two. Both. The meeting of the two of them.

La prima (The cousin). This circus piece is being created and performed by two girls in their early and late twenties. Both coming from a coastal province of Spain, Alicante, but for different reasons they decided to change their residence to the Hungarian city of Budapest, where they would finally meet. Here they had been working in their art. Marta in the air with her trapeze and Eva on the floor with her dance. Attracted by their common points and, even more so, by their differences, they started to create La prima, which becomes the medium from which their relationship begins to develop. They decided to bring this story to the stage from a clown view. La Prima tells precisely this story. Marta and Eva’s story of how this relationship affects their lives and what it provokes. How the different paths of both cross and separate. How, coming from the same country, they coincide in a foreign country and end up forming part of each other, knowing that, probably at some point they will separate. It talks about how this encounter and separation affects their lives. How do these types of relationships affect us in our lives?

On stage we will see how Marta and Eva fall, fail, break down… until they hit the deepest bottom in the most ridiculous way. From that point they learn how to lean on each other, give support, space and care. On a physical level they move from the simple to the complex, from the everyday to the absurd, remaining permeable to the unpredictable and letting the energy grow to the highest point, bordering on madness. May the normal be transformed and rise to new realities and interpretations. Exposing themselves and undressing to establish an intimate space between them.

This performance is a challenge for the artists. They start this piece not really knowing each other and at the end of the creation process, when the work is already a product, the relationship between the creators will already be consolidated. However, in each performance, the performers start from the initial point, from their individuality, meeting again “for the first time” and always discovering something unknown in themselves and in the other. Every meeting is an opportunity to grow together. La Prima encourages the audience to open up, to fail, care and be honest to each other. It is a celebration of friendship.

About the performers:
Marta is a contemporary circus performer from Spain based in Budapest. She studied circus at the Valencian school l’Espai de Circ and completed her studies at the Hungarian school Baross Imre Baross Imre Artistaképző. Since 2020 she has been working and developing her own projects like the aerial dance circus collective One Thousand Faces with Georgina Cassels, Dorottya Podmaniczky and Zetelaki Réka. And La Prima with Eva Mora. Contemporary dance performer based in Budapest from 2020. Graduated in Contemporary Dance in 2019 at the Professional Dance Conservatory of Madrid. As a performer, currently she is a member of the Willany Leó improvisation-based dance theater. She works on different projects with the company Gray Box and Mándy Ildikó Társulata. On the past years, as a creator, she has been collaborating with different artists such as José Mora (musical composer), Csanád Szesztay (musician), János Herold (musical composer), Júlia Csapó (artist, painter) and currently with Marta Matovelle (circus artist)